Armenian-American composer Mary Kouyoumdjian will be in Columbia later this month. She was selected as a resident composer for the 2016 Mizzou International Composers Festival. Kouyoumdjian was a guest on a recent episode of Mizzou Music.

This interview originally aired as part of the Mizzou Music program on Wednesday, July 5, 2016.

Listen for new episodes of Mizzou Music each Wednesday at 6:00 p.m. on Classical 90.5FM. 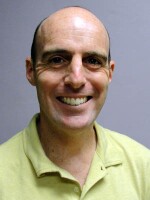